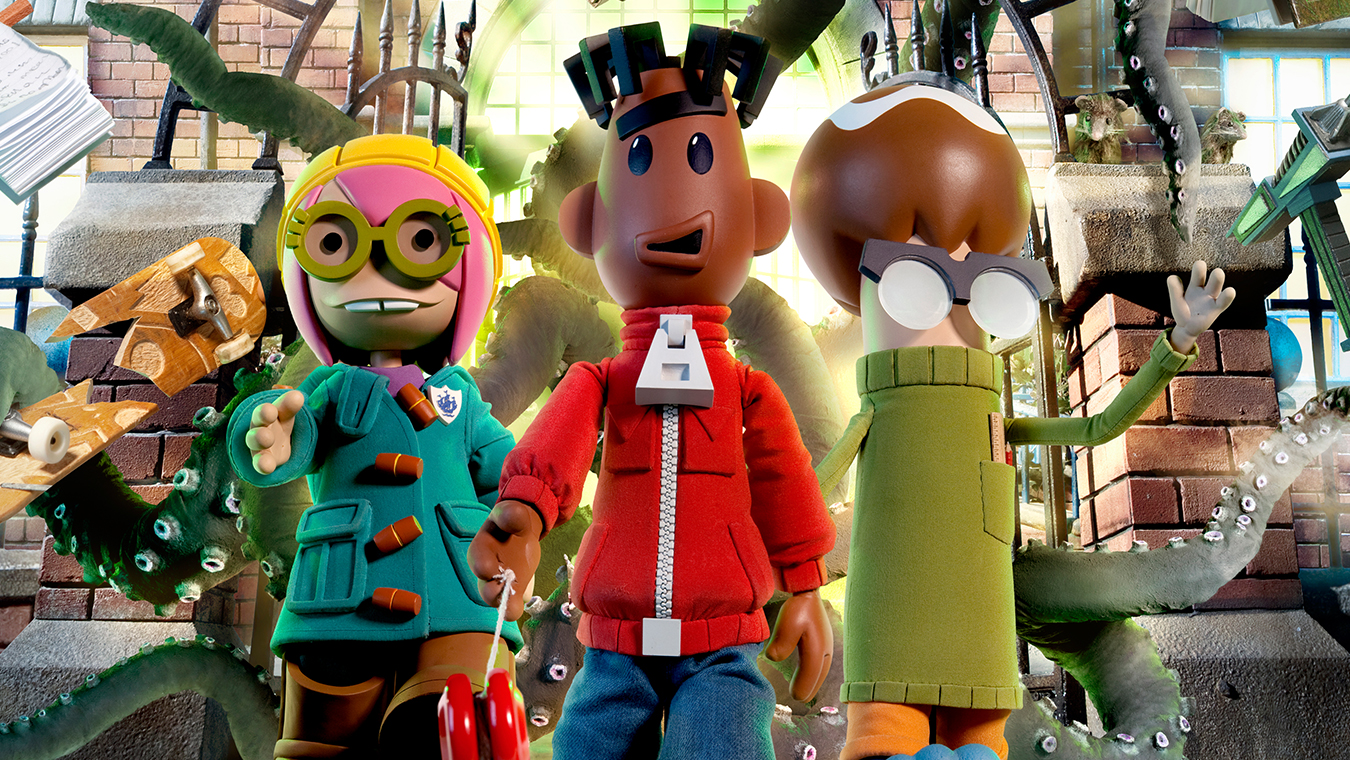 CBBC, FremantleMedia Kids and Family Entertainment and Factory TM’s hit multimedia comedy adventure series Strange Hill High has come top of the class at this year’s international Kidscreen Awards picking up the award for the Best Animated Series in the Kids Category.

Produced at Factory TM’s studios in Altrincham, TV’s weirdest school and its unconventional inhabitants beat off stiff competition from shows around the world, including nominees Vic the Viking and Camp Lakebottom.

Combining wit and humour loved by kids and parents alike, the series, set in a mysterious all-but-forgotten inner city school, was an immediate hit when it launched on CBBC last spring, becoming the No. 1 show for kids aged 6-12. The show was also nominated for Best Animated Series in the 2013 BAFTA Awards, and for Best Children’s Series at the Broadcast Awards earlier this month.

Phil Chalk, MD of Factory TM, comments: “We are completely delighted that Strange Hill High has received this recognition on an international platform. We’re currently in production with series 2, which has a whole host of new stories, characters and guests stars the audience will love.”

Following its UK success Strange Hill High is also raising laughs overseas. The series has already proved to be a hit in Australia, where it airs on ABC3, and a number of international broadcasters have also enrolled to air the show that include: Zoom in Israel, K2 and Frisbee in Italy, DR in Denmark, SVT in Sweden and okto channel in Singapore.  The series is due to premiere in these territories across 2014.

Strange Hill High is co- produced by CBBC, FremantleMedia Kids & Family Entertainment and Factory TM and created by Kat Van Henderson at Factory TM in Cheshire. The show’s vinyl puppetry is created by Mackinnon and Saunders.

The Factory TM team has also worked on some of the most iconic animated television projects of the last 20 years, including Roary the Racing Car, Fifi and the Flower Tots, Muddle Earth and Raa Raa the Noisy Lion and is soon to produce the highly anticipated production of The Clangers for CBeebies, Coolabi, Smallfilms and Sprout.