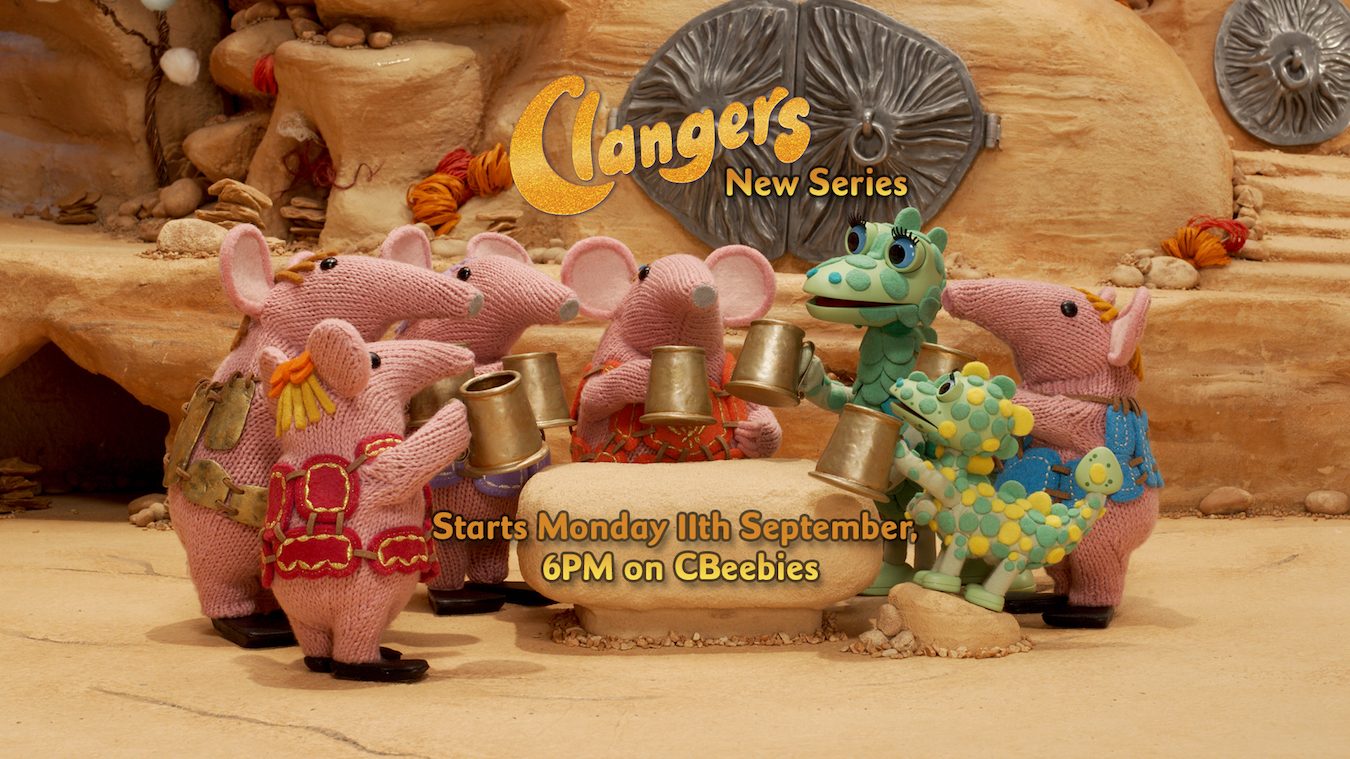 The Sound Snatcher, The Tin Bird and The Block are just some of the fantastical new friends, built and filmed by Factory, joining stop-motion favourite Clangers on CBeebies this September, with the first 13 episodes from a brand new second series now finished by the studio.

The series follows the iconic loveable, pink, mouse-like creatures who communicate in whistles and eat soup from their little blue planet’s soup wells. Clangers is once again narrated by Michael Palin and the new series explores never seen before parts of the Clangers’ little blue planet.

For the first time families will be able to see Major Clanger’s Workshop, where the enthusiastic inventor’s curiosity continues to flourish. His new creations include a non-gravitational backpack and a mysterious noise machine, which only The Iron Chicken seems to be able to function, both of which cause chaos for the Clangers family.

The concept designs for Major Clanger’s Workshop’s interior were drawn up by Clangers co-creator, Peter Firmin and brought to life by the talented high-profile production team at Factory’s studio in Altrincham.

Joining the Clangers for the first time will be The Sound Snatcher, an insect-like creature which sucks up music wherever it finds it, causing much destruction to the planet’s prized possessions.

Also making its debut will be The Tin Bird, a peculiar looking metal bird who lands on the planet in search for a place to make a nest, and The Block, a robot that lands on the little blue planet with the intention of building all over it, which causes the Clangers to fight to save their home!

In the new epsiodes, Major, Mother, Small, Tiny and Granny Clanger, and their old friends The Iron Chicken, Soup Dragon, Sky Moos, and the Eggbots, meet some new friends and welcome some unusual visitors. They continue to explore their little blue planet, stumbling upon undiscovered destinations, discovering instruments to practice music and chasing Froglets and Glowbuzzers around Mother Clanger’s Garden. Small Clanger even invents a space hopper, made from puffballs and airfruit, to bounce around but he soon realises it is not safe!

Phil Chalk, MD of Factory, comments: “We’re delighted to have filmed another series of Clangers for Coolabi. Building the new sets and characters has been a great creative challenge for the team at Factory, and we’ve loved getting stuck in to adding to the ‘cast’. We’re currently filming the next 13 episodes, and we’re having so much fun continuing our work filming the new models and sets”

The all new second series will bring the total number of episodes to 78. Since the new Clangers whistled “hello” on CBeebies in June 2015, the show has been an instant hit with parents, pre-school children and fans of the original series. It has won numerous awards including the 2015 BAFTA for Best Pre-School Animation and Broadcast Best Pre-School Programme.

The show, which returned to the BBC to huge fanfare 46 years after its initial debut, was universally praised by critics and continues to be one of the top rated shows on CBeebies.

Peter Firmin, one of the creators of the original series, and Daniel Postgate (son of series co-creator Oliver Postgate) have remained actively involved as executive producers for the new series; Firmin is part of the design process and Postgate writes scripts and storylines and was nominated for a BAFTA for his writing on the show. 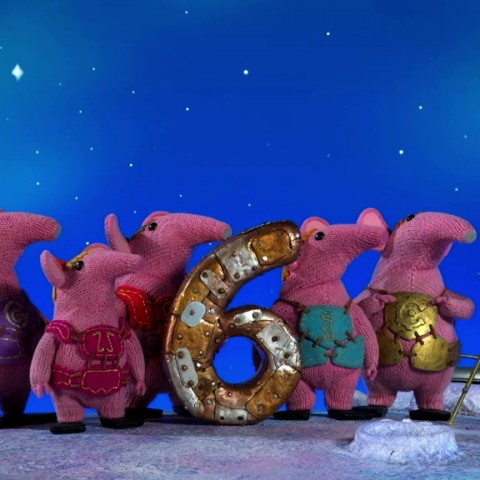