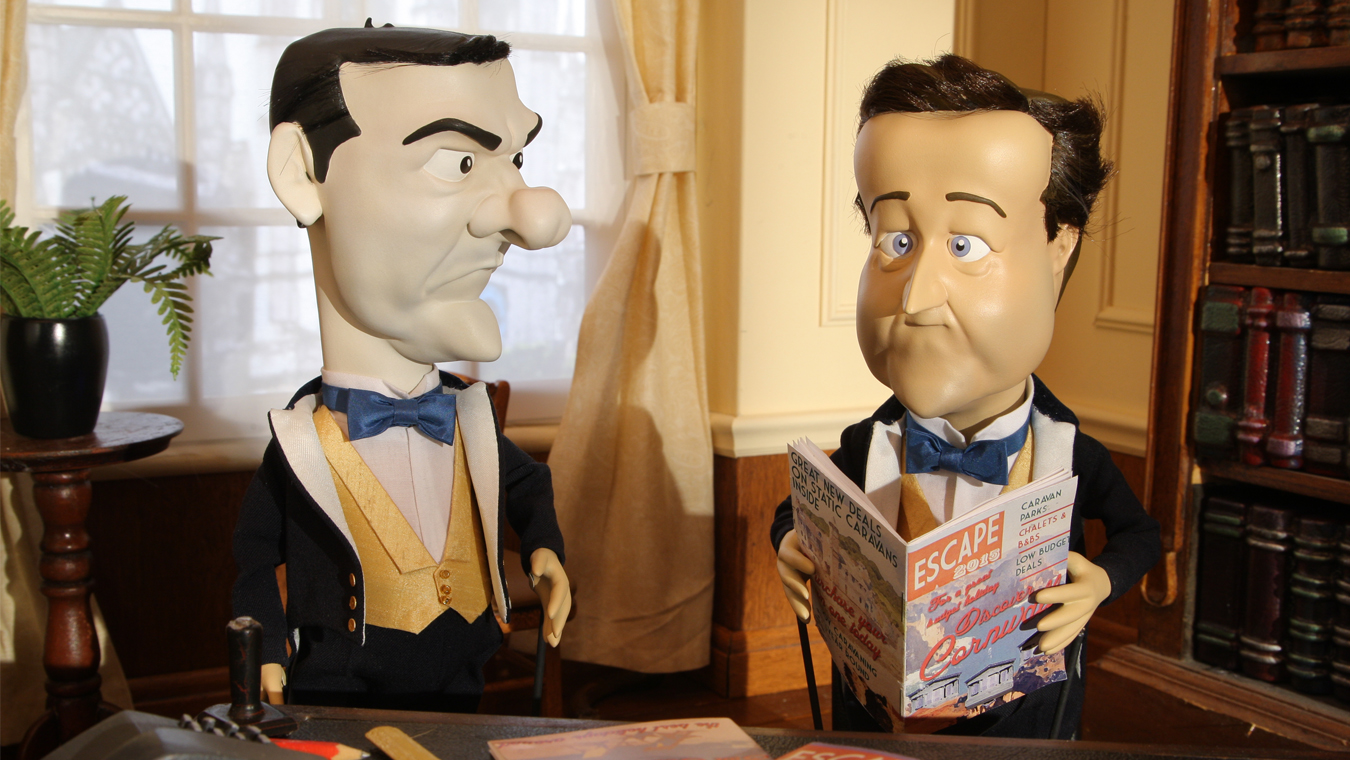 Have you seen our Newzoids friends pop up in the press recently?

The likes of David Cameron, George Osbourne and Evan Davies are among the stars reimagined in the topical new series we are creating in our studios.

The satirised characters, which also include Brian Cox and Kim Kardashian to name a few, will be making their appearance in the first episode of the series next Wednesday 15th April at 9pm on ITV.

We are creating the show using a ground-breaking mixture of traditional puppetry and a state of the art animation technique ‘vinyl motion’, which we developed especially for Newzoids.

We can’t wait for you to see which stars will feature in the first episode! Have a watch of the teaser trail below: